and Health Sciences Faculty of the University of Beira Interior (FCS-UBI), Covilhã, Portuga

General Secretary of the Portuguese Society of Andrology, Sexual Medicine and Reproduction (SPA)l 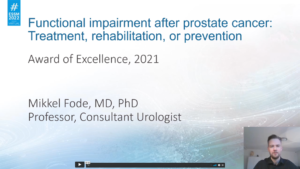 Erectile dysfunction is a frequent secondary effect of radical prostatectomy. Nerve-sparing techniques were developed to better preserve the structures responsible for 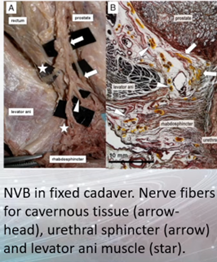 Robotic radical prostatectomy (RARP) was initially thought and a procedure that could spare men from getting post-operative ED. But realistically the study from the Herlev and Gentofte Hospital suggested that only around 15-20% of the patients submitted to RARP bilateral nerve-sparing surgery could refer similar erectile function compared to the time before the surgery. Additionally, there are other neglected sexual side effects like 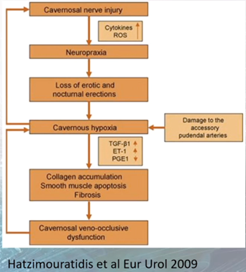 Evidence for penile rehabilitation protocols is still very scarce. Preventing nerve damage in the first place with nerve-sparing surgery and then targeting the nerves directly with Penile Vibratory Stimulation (PVS) might have potential.

New methods to improve nerve-sparing procedures and focal therapy may prevent sexual side effects of the treatment of prostate cancer. 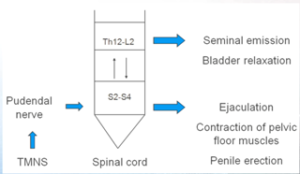 HOW TO PRESERVE SEXUAL FUNCTION IN URETHROPLASTY

Men suffering from urethral strictures might also have associated sexual dysfunctions like ED or ejaculatory disorders caused by the trauma itself or by the treatment with a not very well-known prevalence. Recent prospective trials have shown mixed outcomes when evaluating the impact of urethroplasty on erectile function. Anger et al. found overall IIEF change from 26.9 to 24.8 (p =0.13) with only 4% of de novo ED. Erickson et al. reported 38% of men after urethroplasty experienced ED, but over time, 90% of those men had resolution of their ED, with only 2 patients (4%) having long-term ED. Palminteri argues that by having no urethral transection and dorsal mobilization, ventral onlay augmentation urethroplasty should pose the lowest risk of ED.

To avoid ejaculatory dysfunction certain techniques have been proposed: avoiding division of the central tendon and muscle-sparing urethroplasties.

Urethroplasty itself does not seem to significantly affect erectile function, orgasmic function, and general sexual satisfaction regardless of the type of surgery, localization, and length of the stricture. On the other side, hypertension and vascular disease as well as older age may play a role in decreasing erectile function after urethroplasty.

DELAYED EJACULATION: HOW SHOULD BE MANAGED

Delayed ejaculation (DEj) disturbs around 1-4% of all sexually active men. It may occur together with other sexual dysfunctions such as hypoactive sexual desire disorder and ED. DEj can be classified, according to Kaplan as mild (men are able to ejaculate but only with great effort and after prolonged intercourse), intermediate (men could reach orgasm during sexual intercourse but only with vigorous manual stimulation, though in the presence of the partner) or severe (orgasm can be obtained only with autoerotism, in the absence of the partner, or it cannot be obtained at all – anejaculation). The new taxonomic entity, lost penis syndrome, is a major risk factor for DEj 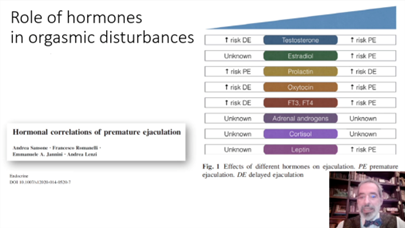 Diagnosis of DEj, anejaculation and anorgasmia should include: a full medical / sexual history, a focused physical examination and determination of serum testosterone and TSH levels.

The four aims for treating DEj are:

Pharmacological treatments such as oxytocin, pseudoephedrine, ephedrine, midrodrine, bethanecol, yohimbine, cabergoline or imipramine are characterized by poor evidence in the treatment of DEj and, at the same time, are off-label therapies. Obtaining an written and sign informed consent is mandatory. 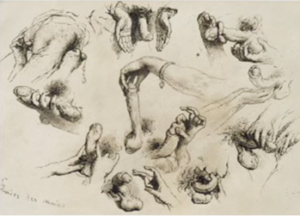 The phenotype of the hypogonadal patient appears independent of the etiology causing the problem, but it more often affected by the age of onset of hypogonadism. When hypogonadism occurs in adulthood, especially functional hypogonadism, symptoms can often be mild, difficult to recognize and frequently confused with the ageing process or with chronic comorbidity. Several non-specific clinical features, such as fatigue, weakness, and decreased energy, as well as sexual impairment may be clinical manifestations.

Screen for late onset hypogonadism (LOH) only in symptomatic men. Total testosterone (TT) should be measure in the morning, between 7 and 11 am in a fasting state and it should be repeated when TT below 12 nmol/L (350 ng/dL). Male hypogonadism is frequently reversible with weight loss.

In the case of hypogonadism, never start a testosterone therapy trial if fertility is desired! In this case gonadotropin therapy is indicated.

Testosterone therapy is not indicated in eugonadal men but should be started in symptomatic hypogonadal patients with milder ED. In more severe forms of ED the combination with PDE5i may result in better outcomes. On the other hand, testosterone shouldn’t be used to treat severe depressive symptoms and osteoporosis, to improve body composition, reduce weight and benefit cardio-metabolic profile, nor to improve cognition and physical strength in aging men.

Androgens are essential for the normal development of the prostate. Serum testosterone levels doesn’t seem to correlate directly with serum PSA levels.

The exact time point of irreversible smooth muscle loss is undetermined but smooth muscle edema and atrophy occur as early as six hours. In a patient with AIP >36 hours, surgical interventions such as distal shunting with or without tunneling may be required to achieve detumescence. It’s unlikely that the acute ischemic event will resolve with aspiration and ICI therapy with phenylephrine. This alpha-1 selective sympathomimetic drug is the preferred choice due to its rapid onset, short duration of action and less potential for adverse cardiovascular events. Additionally, it may achieve a 28% higher rate of detumescence compared to other agents combined. However, blood pressure and heart rate should be closely monitored.

Oral pharmacotherapy is not recommended for the management of AIP and should not delay definitive therapy.

Sample Protocol for Aspiration and Irrigation: 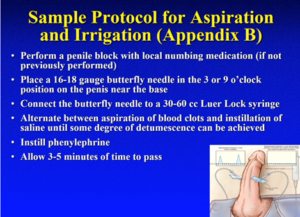 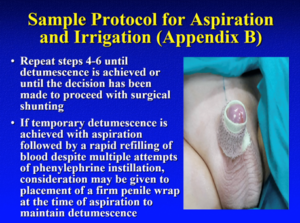 Surgical shunting should not be performed until both alpha-adrenergics and aspiration and saline irrigation have been attempted. 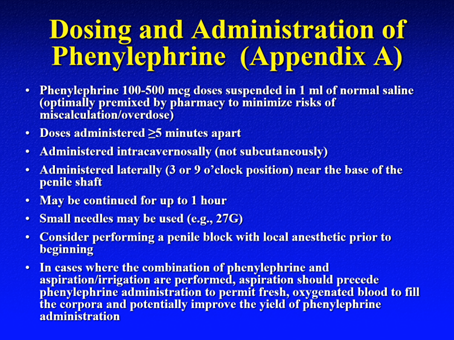 PENILE AUGMENTATION: WHEN IS REALLY INDICATED?

Since ancient times, larger penises have come to symbolize the traits of masculinity, strength, and power. A large study found that 45% desired a larger penis. Global published data of mean penile size reveals a median stretched penile length between 12-15 cm.

Micropenis is a normally developed penis with at least 2.5 SD below the mean size in stretched for age (<7,5 cm). Small Penis Syndrome (SPS) refers to uncomfortable feelings about one’s penis size, even though penis size does not fall within the micropenis category. Penile Dysmorphic Syndrome (PDD) describes men diagnosed with BDD in whom the size or shape of the penis is their main.

Patients at high surgical risk, unrealistic expectations and psychologically unstable should be excluded from penile augmentation surgery. Hypoplasia of the penis is associated with medical conditions which include low flow priapism, Peyronie’s disease and its surgical correction, congenital abnormalities, ED, and surgical conditions such as radical prostatectomy / radiotherapy for prostate cancer. Hidden penis (secondary to the presence of abdominal fat or the cutaneous relaxation of the abdomen) and buried penis (where the penile shaft is beneath the suprapubic skin because of obesity and / or radical circumcision) may look like an apparent hypoplasia.

Reasons to do a penile augmentation cosmetic surgery:

Our Vision
"Sexual Health for Everyone"

Who we are Members of the Board YoSeMA Membership